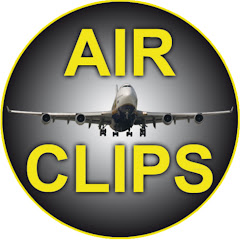 ALL FOR FREE: Watch hundreds of DVD-quality, full-length ULTIMATE COCKPIT MOVIES at www.UltimateCockpitMovies.com AirClips.com was exclusively invited to join Captain Inge and First Officer Claudia on their Lufthansa Cargo MD-11F rotation from Frankfurt to Mumbai (India), Hongkong, Novosibirks (Russia) and back to Frankfurt. Every leg of this rotation will be published as a separate FULL ULTIMATE COCKPIT MOVIE over time. This is the first full film about the flight from Frankfurt to Mumbai (India), Welcome aboard - it's all for free! AirClips.com supports the pilot’s profession and all those interested in dedicating their lives to the beauty of flying. In a special series we are reporting about pilot’s training, life and career opportunities in the Lufthansa Group, one of the world’s leading aviation groups. Let us encourage you to consider becoming a future pilot for one of the Lufthansa Group airlines, starting with a thorough training by European Flight Academy (EFA). Did you know that... - Lufthansa Group needs over 500 new pilot students every year for their airlines? - Lufthansa Group gives you access to affordable financing solutions? - pilot’s limitations regarding debility of eye-sight allow a lot more flexibility than you maybe think? - not speaking German does not stop you from joining the Group? - female cadets are particularly encouraged to join? Enjoy our series of clips and films about being trained by and working as a pilot for the Lufthansa Group. Check out their link for more details on how to join: https://www.european-flight-academy.com/en/ The McDonnell Douglas MD-11 is an American three-engine medium- to long-range wide-body jet airliner, manufactured by McDonnell Douglas and, later, by Boeing Commercial Airplanes. Based on the DC-10, it features a stretched fuselage, increased wingspan with winglets, refined airfoils on the wing and smaller tailplane, new engines and increased use of composite materials. Two of its engines are mounted on underwing pylons and a third engine at the base of the vertical stabilizer. It also features a glass cockpit that decreases the flight deck crew from the three required on the DC-10 to two by eliminating the need for a flight engineer. Although the MD-11 program was launched in 1986, McDonnell Douglas started to search for a DC-10 derivative as early as 1976. Two versions were considered then, a DC-10-10 with a fuselage stretch of 40 feet (12 m) and a DC-10-30 stretched by 30 feet (9.1 m). That later version would have been capable of transporting up to 340 passengers in a multi-class configuration, or 277 passengers and their luggage over 5,300 nautical miles (9,800 km). At the same time, the manufacturer was seeking to reduce wing and engine drag on the trijet. Another version of the aircraft was also envisaged, the "DC-10 global", aimed to counter the risks of loss of orders for the DC-10-30 that the Boeing 747SP and its range were creating. The DC-10 global would have incorporated more fuel tanks. In July 1985, the Board of Directors authorized the Long Beach plant to offer the MD-11 to potential customers. At the time, the aircraft was still proposed in two versions, both with the same fuselage length, a stretch of 22 ft 3 in (6.78 m) over the DC-10 airframe, as well as the same engine choice as the MD-11X. One version would have a range of 4,780 nautical miles (8,850 km) with a gross weight of 500,000 pounds (230,000 kg) and transport up to 337 passengers, while the second would carry 331 passengers over 6,900 nautical miles (12,800 km). A year later, as several airlines had committed to the MD-11, the situation was looking optimistic. The aircraft was now a 320-seater baseline and defined as an 18 ft 7 in (5.66 m) stretch over the DC-10-30 powered by the new advanced turbofans offered by the major engine manufacturers and giving it a range of 6,800 nautical miles (12,600 km). Other versions, such as a shortened ER with a range of 7,500 nautical miles (13,900 km), an all-cargo offering a maximum payload of 200,970 pounds (91,160 kg) and a Combi with a provision for ten freight pallets on the main deck, were proposed. Further growth of the aircraft was also foreseen, such as the MD-11 Advanced. Lufthansa Cargo AG is a German cargo airline and a wholly owned subsidiary of Lufthansa. It operates worldwide air freight and logistics services and is headquartered at Frankfurt Airport, the main hub of Lufthansa. Besides operating dedicated cargo planes, the company also has access to cargo capacities of 350 passenger aircraft of the Lufthansa Group.